PPF has had a long and abiding concern for the Middle East, seeking a just peace for all in the region. 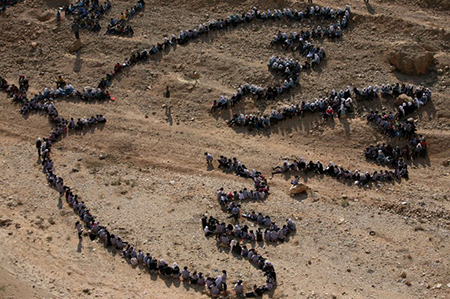 We approach our work in this area with great sense of responsibility to our Jewish, Muslim, and Christian siblings, with great lament for and attention to the violence of historic and current Christian Zionism, Islamophobia, and Antisemism.

The global movement for peace and justice for Palestinians is as strong and urgent as ever. Illegal Israeli settlements continue to expand into Palestine, making a just two-state solution virtually impossible. Right-wing politics continue to rule in both Israel and the United States, providing cover for settler-colonialism and other forms of violence, and the United Nations reports that Gaza could become uninhabitable by 2020 due to lack of water that is controlled by Israel. We have great hope in the fact that support for Palestinian rights is increasing in the United States in recent years, thanks to organizing efforts by various groups calling for an end to the Occupation and US support of it. This is a conflict that demands global solidarity and action now.

PRINCIPLES TO GUIDE OUR WORK

Our principles were developed throughout the work for the PC(USA) to divest from companies that profit from the occupation of Palestine. In 2014, we additionally affirmed principles about the use of boycott, divestment, and sanctions.

PPF supports the 2005 Palestinian call for Boycott, Divestment, and Sanctions (BDS) and draws great strength and direction from the 2009 Kairos Palestine document written by Palestinian Christians to the larger world PPF supported the 221st General Assembly’s decision to divest from Caterpillar, Motorola Solutions, and Hewlett-Packard, three US companies that profit from the occupation of Palestine.

The 220th General Assembly of the PC(USA) called for a boycott of all Israeli products made in illegal settlements in the Occupied Palestinian Territories, which PPF strongly supported. 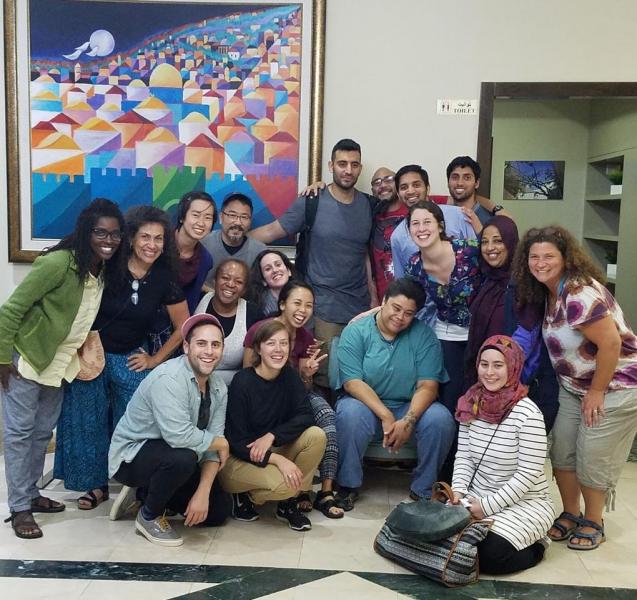 2017 Interfaith Delegation to Palestine and Israel

PPF has partnered on delegations to Palestine and Israel since 2001, most recently on a landmark interfaith delegation which we helped coordinate and sponsor with Jewish Voice for Peace and American Muslims for Palestine in July-August 2017. On this delegation, five members were denied entry to Israel, not even permitted to check in for their Lufthansa flight from Dulles Airport in Washington DC. Subsequently, ministers in the Israeli government confirmed that the reason for their exclusion was their vocal support for Palestinian human rights.

We are proud of the courage and steadfast perseverance this interfaith delegation showed  in meeting with dozens of faith-based organizations, grassroots activists and human rights groups in Palestine and Israel. Read the July 27, 2017 statement about the delegation from the Co-Moderators of the Presbyterian Peace Fellowship, and reflections from the delegates via Eyewitness Palestine.